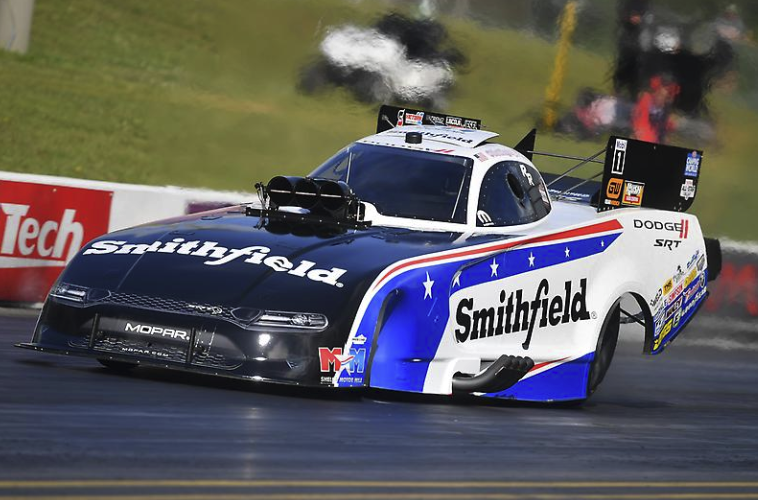 After a three-year absence from Virginia Motorsports Park, the NHRA returned to Hagan’s home track, located 190 miles from his stomping grounds in Christiansburg, Virginia, where the Dodge//SRT Funny Car driver wasted no time in setting the track speed record at 335.82 mph with his first lap, eclipsing the previous mark set in 2019 (John Force/326.32 mph) by nearly 10 mph.

The Smithfield Dodge Charger SRT Hellcat continued to improve with every run as Hagan laid down solid passes of 3.914, 3.890, and a track record elapsed time run of 3.853 seconds to secure the No. 1 qualifier position, his second of the season and 45th of his career, and was rewarded with a first-round bye to kick off eliminations.

The three-time world champion worked his way past No. 9 seed Chad Green in the quarterfinals and then watched No. 12 qualifier John Force double-step and foul out of their semifinal match-up to advance to his fifth final round appearance of the year.

Looking to add to the Wally trophies already earned this year at the Gatornationals in Gainesville, Florida, and Springnationals in Houston, Texas, the Funny Car points leader lined up for the final against No. 10 seed Robert Hight, who also has two wins under his belt and is stalking Hagan from second spot in the championship standings.

Hagan’s Dodge//SRT machine had the starting line advantage then battled side-by-side with his opponent until mid-track when Hight edged ahead to turn on the win light. Hagan’s third runner-up finish of the year, and 35th of his career, keeps him atop the Funny Car championship standings ahead of the race winner.

Pedregon kicked off his race day against No. 13 seed Phil Burkart by driving straight down the grove with a respectable pass for the warm track conditions to take the round win. He was paired against Force for a quarterfinal battle, but when Pedregon’s car immediately lost traction at the launch, his race day came to a quicker end than anticipated.

TSR Top Fuel pilot Leah Pruett recorded two solid qualifying passes to put her Mobile 1 Dodge//SRT dragster No. 10 on the eliminations ladder for Sunday’s Virginia Nationals with a best lap of 3.754 seconds at 318.92 mph, and set up a first round pairing against No. 7 seed Doug Kalitta.

A quick 0.042-second reaction time gave Pruett the advantage on her opponent’s 0.057-second start but almost immediately both began to smoke the tires. Similar to what happened to her in the opening round at Houston’s Springnationals, she found herself in a pedal-fest against Kalitta. Hoping to regain traction, Pruett hit the throttle several times, even sending her ride sideways, as her opponent did the same, but unfortunately she was unable to get to the finish first.

The NHRA’s next event, the New England Nationals, will take place June 3-5 at New England Dragway near Epping, New Hampshire, the eighth of 22 national events on the schedule this season. 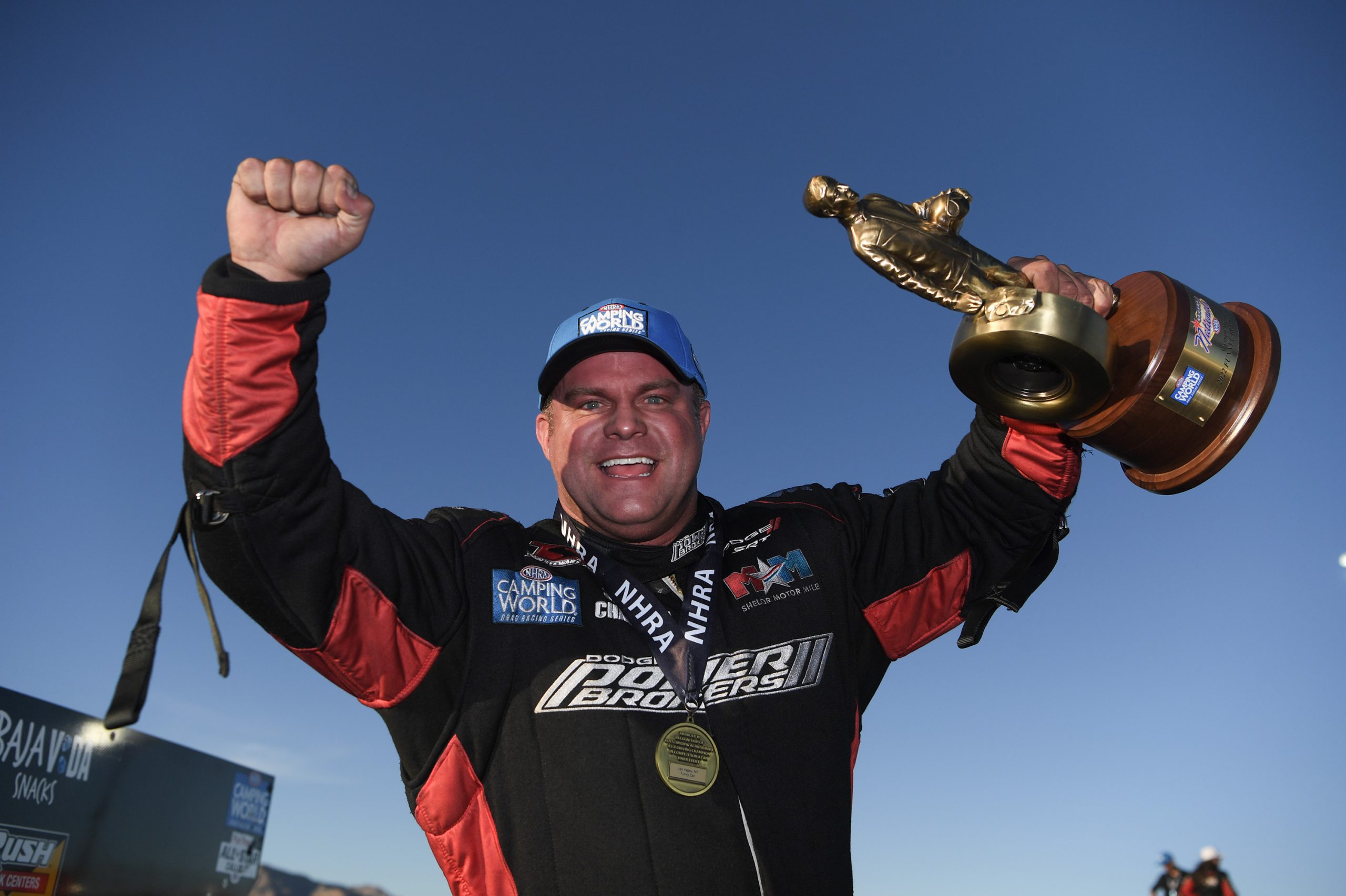 Mopar Upfit and #VanLife Accessories for Work and Play!