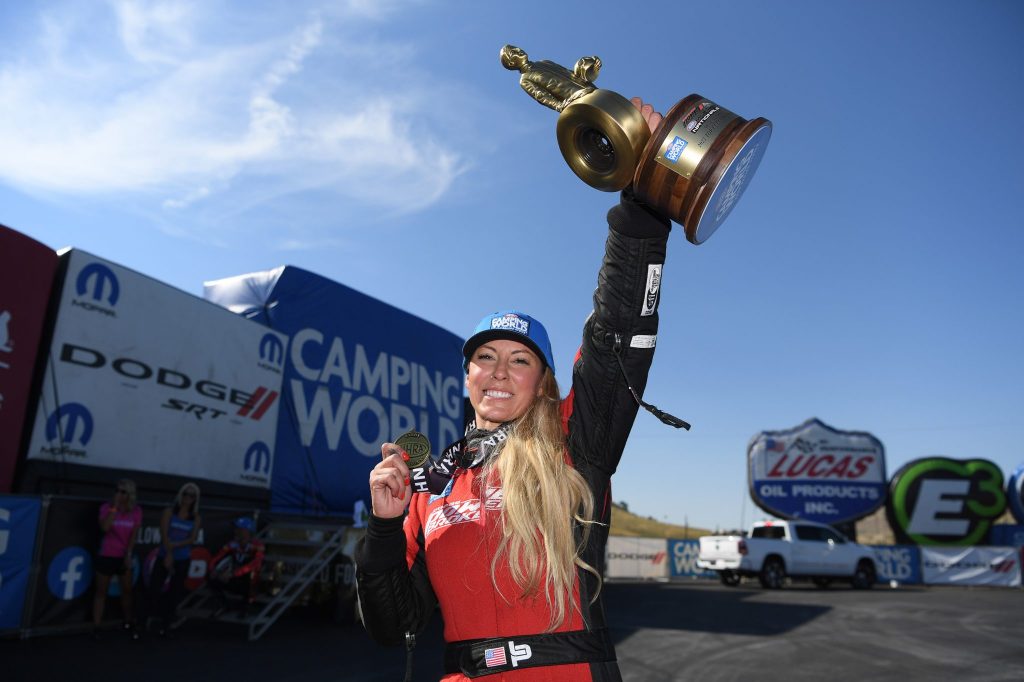 “Congratulations to Leah Pruett on powering her Dodge Power Brokers Top Fuel dragster to her 10th career win and Tony Stewart Racing’s first Top Fuel victory at our headline event,” said Tim Kuniskis, Dodge Brand Chief Executive Officer – Stellantis. “Leah’s victory today demonstrates the hard work, dedication, and tenacity that she and her team put into every race, the kind of performance that Dodge//SRT is known for, and what enthusiasts can expect from Dodge Power Brokers and Direct Connection.”

Pruett’s victory, her second (2018) at the picturesque dragstrip known as Thunder Mountain, was her first with her new team and solidified her place in the Top Fuel Top-10 by jumping from tenth to sixth place in the championship standings.

Pruett began her drive to conquer the mountain from her third place position on the eliminations ladder and a solid opening round win over No. 14 seed Antron Brown. She went on to turn on win lights in the quarterfinals after both she and No. 6 qualifier Clay Millican hazed the tires at midtrack.

In the semifinals, Pruett had a lightning fast reaction time of 0.015 seconds against No. 2 qualifier Justin Ashley on her way to recording her quickest run of the day with a 3.879-second elapsed time run at 317.94 mph to advance to her first final elimination this season and the 19th of her career.

What could have been an exciting final round battle against No. 12 seed Shawn Langdon turned into a solo run after her opponent’s dragster broke on the burnout. Pruett, however, opted to demonstrate her Dodge Power Broker dragster’s performance and show fans just how much progress the team has made this year with a stout 3.884 second elapsed time run at 316.38 mph to leave no doubt in her team’s ability to win.

“This is everything,” said Pruett of the Wally trophy she held in her arms. “This being the Dodge Power Brokers (MIle-High) Nationals we brokered that Dodge power all week long. My crew has been flawless all weekend long and couldn’t be more proud to do this in front of these Denver Fans. I’ll say two things; this view never gets old. Also, this is the first Top Fuel win for Tony Stewart Racing and that will also never get old.”

Share your excitement for Mopar racing! Shop Mopar merch at Amazon or wearmopar.com! 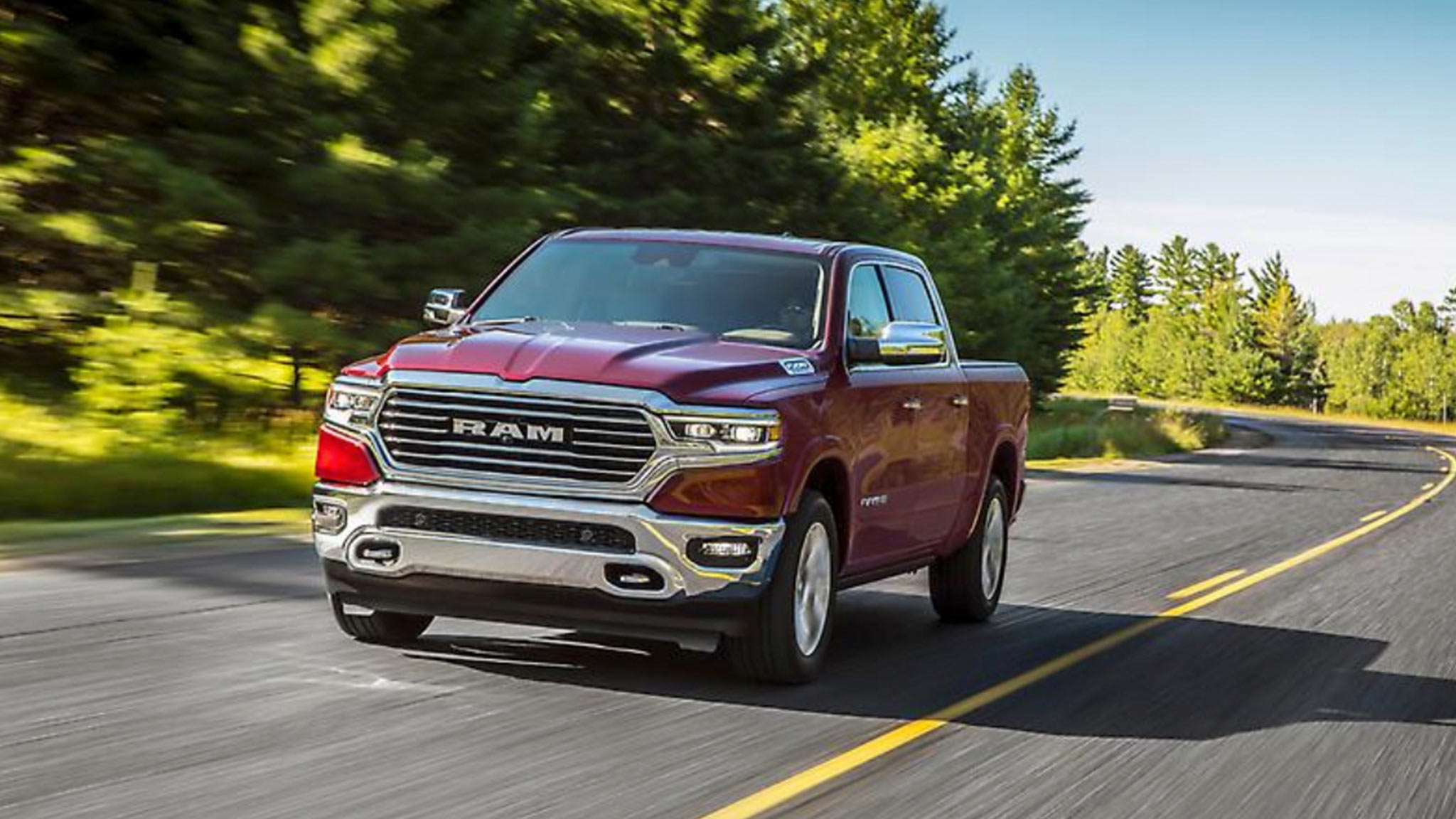 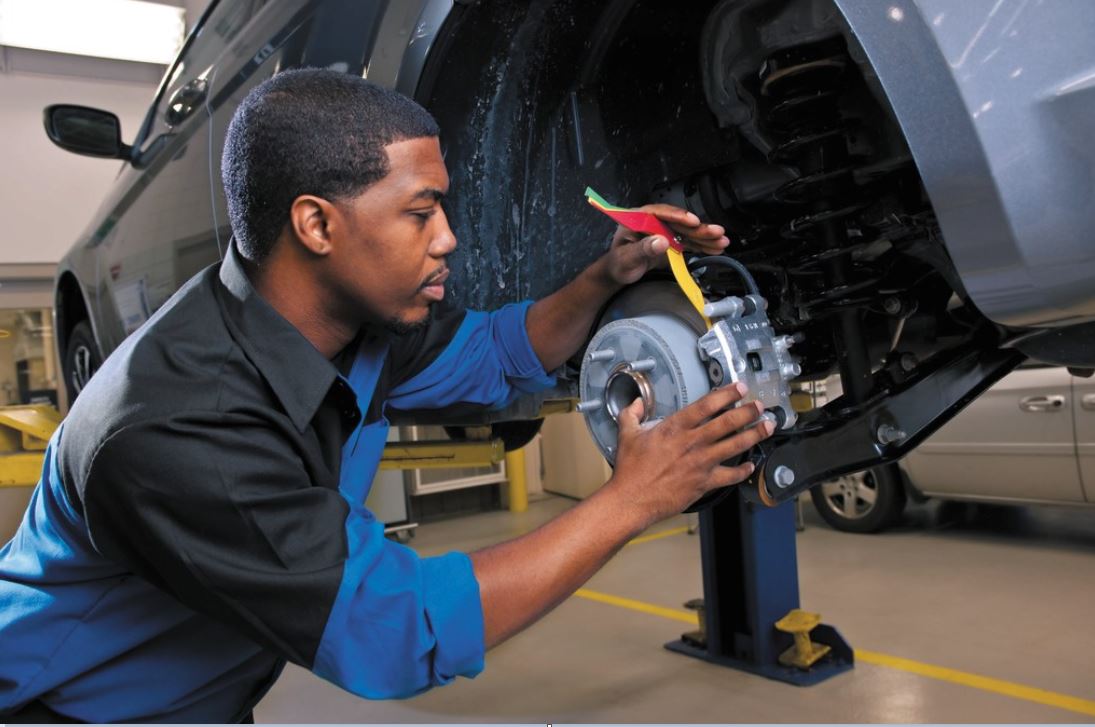